Mark often told me that he wanted to put a giant flagpole in our front yard. Now, I am not talking about one of those cute little two or three foot flagpoles that protrude off the front of your house near the front door. I am talking about a towering giant, similar to those that one might find in the front of a federal building. Seriously. And I shall not neglect to mention that this fascination of his transpired at a time when we had a front yard about the size of a postage stamp. The neighbors on the other side of the street had one of these colossal aforementioned flagpoles and Mark would admire it often with this fanatical longing in his voice when he’d speak of it…”Man, I really love that flagpole,” he’d say, gazing across the street at the red, white and blue emblem flapping high atop its perch.

“Really?” I’d ask, rather surprised by this strange infatuation. “Why would you want to put that giant thing in our front yard when this tiny patch of lawn is the only green space we have for our kids to play?”

A few years later,  when we moved into our forever home, Mark’s flagpole fixation resurfaced, but was placated by my swift escape to Home Depot.  I returned almost immediately with a beautiful embroidered Star Spangled Banner and pole which I affixed to the front of the house, promptly telling Mark, “See, I have nothing at all against flagpoles.” However, every year, on July 4th, Mark would again pine for his epic flagpole, saying it would look so incredible in our front yard, “especially on the Fourth of July.”

The week after Mark died, one important decision to be made was where he would be laid to rest. Cooper told me that he wanted Daddy to be buried in Glendale because it is “close to our house,” so keeping this in mind I asked the funeral home to give me a list of cemeteries nearest our home. It was a very short list which included the cemetery where Mark’s dad is buried. That seemed to be a natural choice, since the kids and I had been there many times with Mark to visit his father’s grave. Upon arriving at the cemetery I learned there were only four plots left and thought it best to visit them in order to make a final decision for Mark’s resting place.  It is a nice little spot, right between two trees and a fork in the path. I was given a choice between the four plots in the first and second row. I chose the first row for Mark and suddenly was struggling to breathe, unable to believe that at 37 years old, with three young children at home, I was actually picking out a gravesite for my beloved husband. I stepped away to compose myself, joined by my dad who comforted me, and as I turned back around, I saw it. A beautiful red, white and blue banner atop a towering giant, directly in front of the plot that I had just selected for Mark.  It hit me instantly that this was his place. Now, Mark would have his flagpole.

Today and everyday, the glorious and beautiful American flag gently swaying in the wind, a symbol of freedom and opportunity for so many, has come to be a reminder for me of Mark. Lucky for me, they are everywhere, and strangely enough, it feels like he is waving at me. 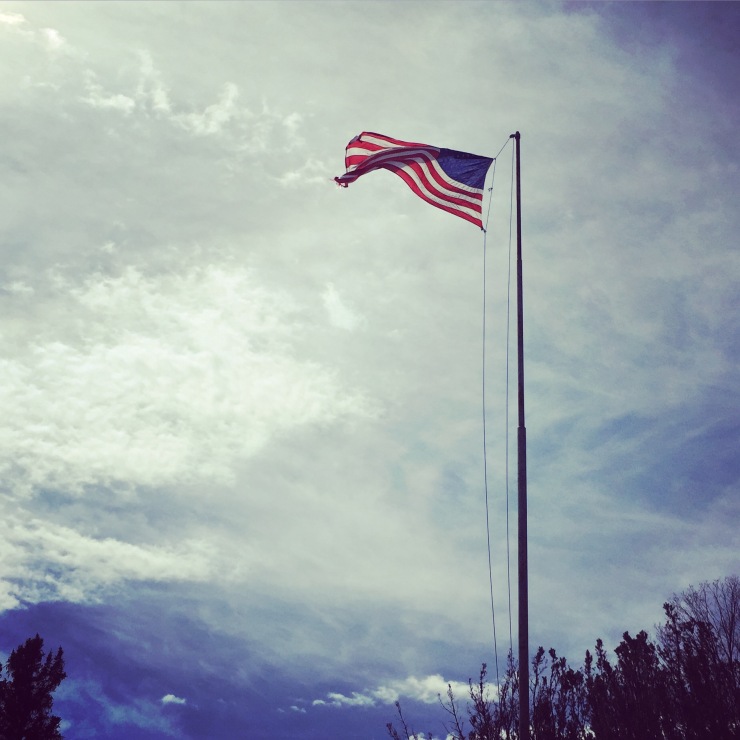 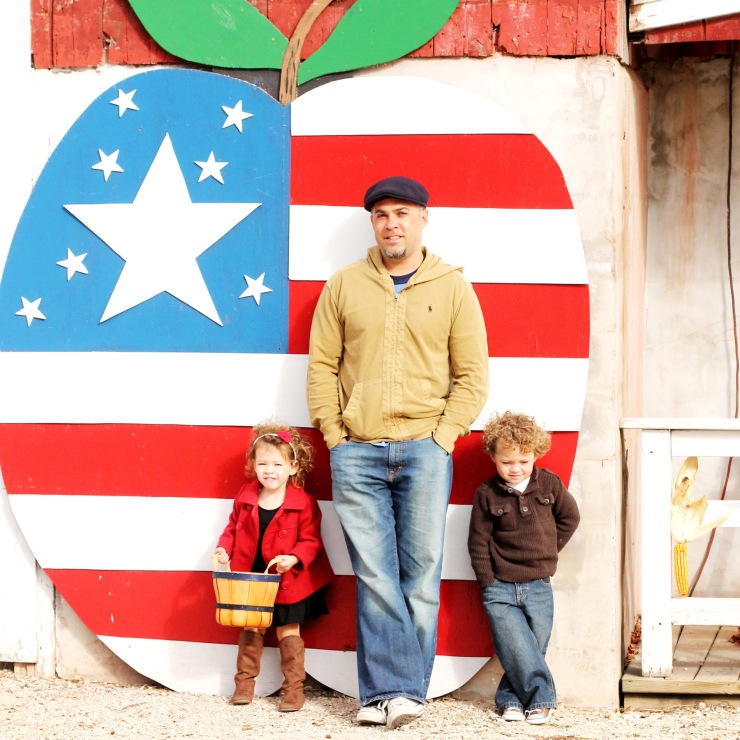