I was reminded today of the fact that Mark often volunteered to help his friends move. Yes, you read that right. He voluntarily and frequently offered up his services for a task that many friends would long to be excused from. In fact, I can recall at least a few occasions in which I overheard Mark trying to talk someone out of hiring movers. “No need to do that,” he’d say. “I’ll help you move.” Who does that? Mark did. Sometimes to my own chagrin…I would have much preferred that he spend his Saturday with me.  Mark liked to brag that when we moved from our first apartment to our first home ten years ago, we did so in literally under an hour with an army of movers consisting of dozens of friends and family, perhaps many of whom were repaying the favor that Mark had done for them as many as 7 or 8 times (Matthew Flynn!). Either that or we have the best friends and family on earth. Sure do! And in true Mark Harris-fashion, we moved into our new home and hosted an inaugural cook-out in the front yard all in the same afternoon, complete with beer, brats and basketball, of course. 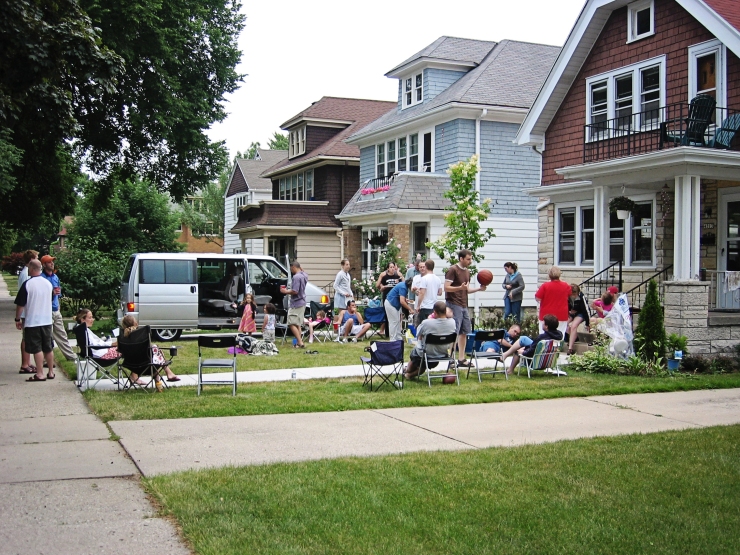