Those that knew Mark professionally were most certainly aware of his affinity for bow ties in recent years. However, it may have come as a surprise to friends and family who saw him most often in his casual weekend attire to learn how frequently Mark sported bow ties at work. And of course, no one but I knew that he spent many a morning in front of his closet, contemplating which of his yellow, pink, or bright green pants would perfectly complement the day’s neckwear of choice. One of my favorite stories of Mark interacting with his students is the occasion where he first debuted his new fashion statement…He was attending the Shorewood High School Prom as the Assistant Principal and had spent hours before his arrival watching an instructional video on YouTube, tying and re-tying his bow tie until he arrived at a place where he was ready to share his new look with the world. Later that night, while hanging out at prom in the background with Principal, Matt Joynt, one of their students approached, “Hey Mr. Harris, Can you tie my bowtie for me?” Mark quickly attempted his newly acquired skill and upon completion, the student inquired, “Thanks, Mr. Harris, but don’t you think it’s a little droopy?” Of course Mark didn’t skip a beat with his reply, “Nah, dawg. Don’t you know? That’s Urban Knot Style.” And no more than ten minutes passed before there was a line of students, eager for Mr. Harris to recreate on their necks his fashion forward, low-hanging “Urban Knot.” Or so Mark says.
So, this morning, I went in for a wellness exam and the doctor, whom I had never met before, was wearing a bow tie. When he walked into the exam room, I got this overwhelming feeling that somehow this was Mark’s way of saying hello to me today. I thought about this greeting throughout the entire visit and at the end of my appointment, I asked the doctor if he typically wears bow ties. This inquiry resulted in an incredibly deep and meaningful conversation and as it turns out, he just started wearing them about a month ago. So yeah, anyway, that was definitely Mark saying hello to me. 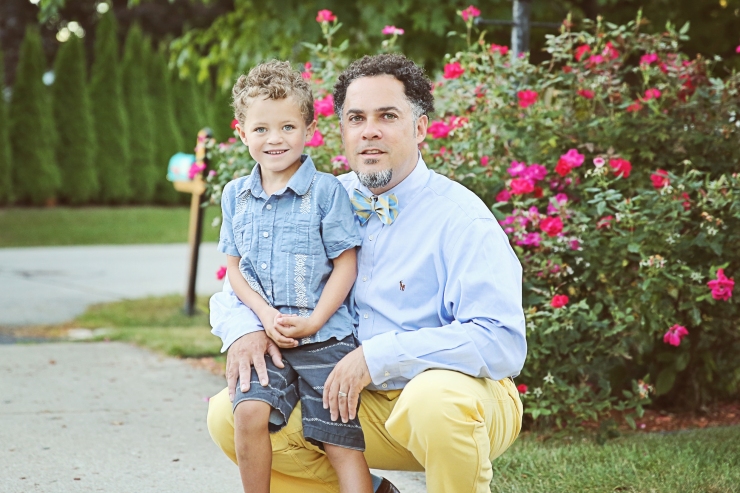